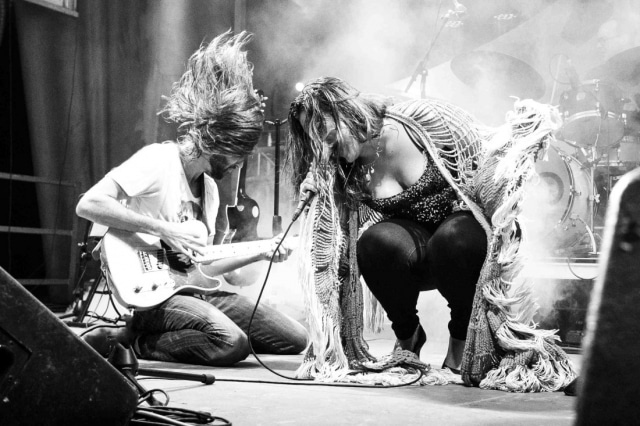 Described by audiences as a modern day “Grace Slick meets Led Zeppelin”,
Asheville NC’s The Broadcast quickly propelled themselves into the live music
spotlight with their award winning independently released debut album “Dodge
the Arrow” which has sold nearly 10.000 copies to date.

The band has an even brighter future ahead as they prepare to release their
sophomore effort “From The Horizon” due out in March of 2016.  Produced and
engineered by multi-Grammy award winner Jim Scott (Wilco, Tom Petty, Sting,
Johnny Cash, Foo Fighters, Tedeschi Trucks Band, Grace Potter, etc), “From
The Horizon” is loaded with crossover potential and finds the band delving
deeper into the realm of Americana while still firmly rooting their sound
in the traditional rock & roll sound that fans have come to love.

Led by female powerhouse Caitlin Krisko, The Broadcast is breaking new ground
across the country with their infectious energy and authentic approach to rock
& roll. Drawing much of their sound from 70s classic rock n roll, this dynamic
ensemble is known for their explosive live performances.